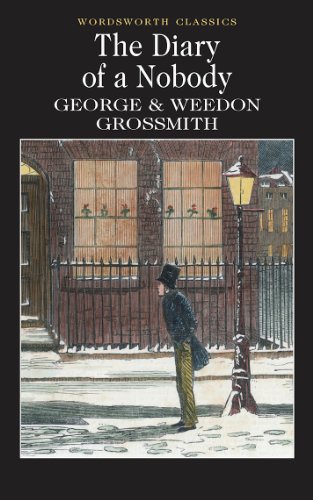 The Diary of a Nobody
by George Grossmith, Weedon Grossmith

Description:
First published in 1892, this classic satire on English snobbery remains razor sharp 100 years on. The 'nobody' of the title is city clerk Mr Pooter who, inflated with pomposity well above his top hat, decides to record the daily round of his family and friends for posterity. The result is a hugely entertaining compilation of mundane mishaps and misunderstandings as poor self-important Mr Pooter endeavours to compete with the more lively characters who invade his diary. The humour of this book endures because fortunately so do the Mr Pooters of this world.

My Man Jeeves
by P. G. Wodehouse
A collection of short stories by P. G. Wodehouse, first published in 1919. Of the eight stories in the collection, half feature the popular characters Jeeves and Bertie Wooster, while the others concern Reggie Pepper, an early prototype for Wooster.
(12470 views)

Men are from Mars, Women are INSANE
by Chris Mauns
This book is your first line of defense vs the madness the female mind holds! In a humorous but scary way it will guide you through the treacherous waters of the relationship and give you an idea of what you can expect from your woman ...
(7728 views)

A Plague of Hearts
by Patrick Whittaker - BookRix
On an otherwise normal day in Wonderland, the Knave of Hearts is arrested by the secret police. Outraged by what he believes to be an injustice, his valet, the March Hare, sets out to free him. Along the way he attends a mad tea party ...
(7562 views)

The Inventions of the Idiot
by John Kendrick Bangs - Harper & Brothers Publishers
The idiot is the same old idiot, if a trifle worn. As an inventive idiot he is in his element although of all his numerous inventions he complains that none has been realized. Probably there is a deep psychological reason.
(9013 views)