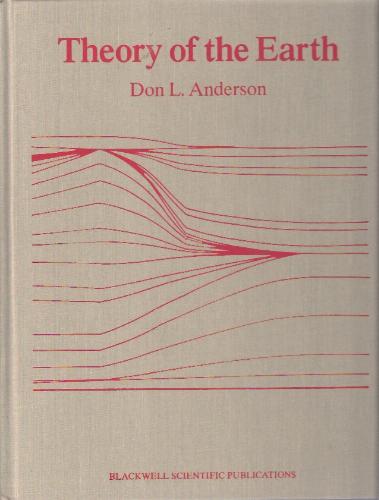 Theory of the Earth
by Don L. Anderson

Description:
The book on the origin, evolution, structure and composition of the Earth's interior. It treats the pertinent aspects of solid state physics, thermodynamics, geochemistry, petrology, and seismology in sufficient detail for all who seek current information on geo chemistry, solid state physics, and physics of the Earth or planets. Theory of the Earth is a combination reference and textbook intended for exploration geologists and research scientists. It is also suitable for advanced undergraduate, as well as graduate level geophysics courses.

The planet we live on: The beginnings of the Earth Sciences
by Chris King - Learning Development Institute
This book has been written as an introductory guide to geology, to interest you in the subject and to enthuse you to study geology at higher levels. This book, like the others in the Series, is written in simple English.
(11917 views)

Mineralogy
by F. H. Hatch - Whittaker
1912 edition. There are two parts, the first of which deals with the properties of minerals, and the second with the description of the more important species that either make up rocks, or occur as ores, as salts, or as gems.
(12463 views)

Charles Lyell and Modern Geology
by Thomas George Bonney - Macmillan and co
Lyell, while still a young man, determined that he would endeavour to put geology -- then only beginning to rank as a science -- on a more sound and philosophical basis. To accomplish this purpose, he spared no labour, shrank from no fatigue.
(13439 views)

Physical Geology
by Karla Panchuk - University of Saskatchewan
This is an introductory text on the physical aspects of geology, including rocks and minerals, plate tectonics, earthquakes, volcanoes, mass wasting, climate change, planetary geology, etc. It has a strong emphasis on examples from western Canada.
(3760 views)