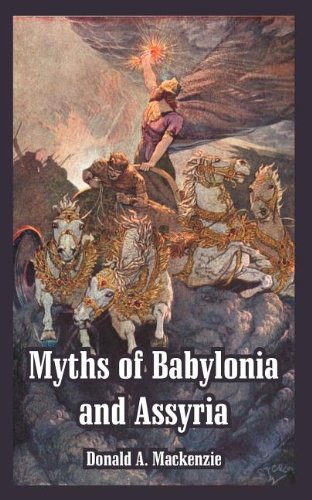 Myths of Babylonia and Assyria
by Donald A. Mackenzie

Description:
Donald A. MacKenzie (1873-1936) was a Scottish journalist and prolific writer on religion, mythology and anthropology in the early 20th century. This volume deals with the myths and legends of Babylonia and Assyria, and as these reflect the civilization in which they developed, a historical narrative has been provided, beginning with the early Sumerian Age and concluding with the periods of the Persian and Grecian Empires. Over thirty centuries of human progress are thus passed under review.

Alexander the Great
by Jacob Abbott - Harper & Brothers
Alexander the Great created one of the largest empires in ancient history. The cultural impact of his conquests lasted for centuries. Alexander is is remembered for his tactical ability and for spreading Greek civilization into the East.
(13144 views)

Hellenistic History and Culture
by Peter Green - University of California Press
History, like Herakleitos' river, never stands still. This collection of essays shares a collective sense of discovery and a sparking of new ideas -- it is a welcome beginning to the reexploration of a fascinatingly complex age.
(11279 views)

The Story of Alexander's Empire
by John Pentland Mahaffy - Putnam
The story of the conquests of Alexander has been told many times, but the history of the portions of the great Empire that he founded, how they lost their independence, and finally were absorbed into the dominions of Rome, is less well known.
(8131 views)