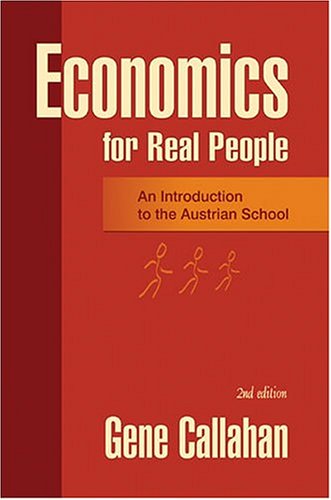 Description:
The second edition of the fun and fascinating guide to the main ideas of the Austrian School of economics, written in sparkling prose especially for the non-economist. Gene Callahan shows that good economics isn't about government planning or statistical models. It's about human beings and the choices they make in the real world.

A Unified Theory of Capitalist Development
by Adolfo Figueroa - Centrum, Catholic University of Peru
This book is about the science of economics. The scope of economics is to explain the production of goods and its distribution between the social groups of particular human societies. The most important human society of our times is capitalism...
(7276 views)

A Pedestrian's Guide to the Economy
by Orley Amos - AmosWEB
This text gives you a reference guide to the more intriguing, important, and confusing aspects of the economy, while omitting sophisticated mathematical economic theories. Pedestrian's Guide has been specifically designed for the beginners.
(14154 views)

Economics: Theory Through Applications
by Russell Cooper, Andrew John - The Saylor Foundation
This textbook on economics centers around student needs and expectations. Students learn best from an inductive approach, in which they are first confronted with a problem, and then led through the process of solving that problem.
(5541 views)