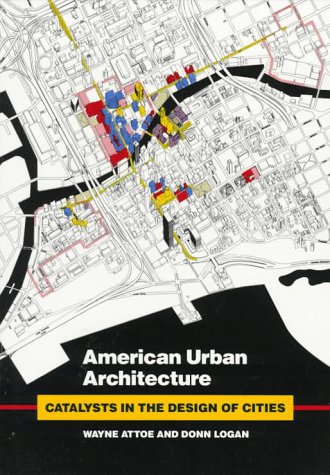 Description:
Conceiving of urban design in terms of architectural actions and reactions, Attoe and Logan propose a theory of "catalytic architecture" better suited to specifically American circumstances than the largely European models developed in the last thirty years for the remaking of cities. After exploring instances of failed attempts to impose European visions on American cities, the authors examine urban design successes that illustrate the principles and goals of catalytic architecture.

Castles of England
- Wikibooks
This book is about castles in England, their development and design through the medieval period. A glossary and a time line illustrating the development of castles through history can be found at the end of the book along with a reference section.
(6966 views)

Architecture in the Anthropocene
by Etienne Turpin (ed.) - Open Humanities Press
This volume brings together a provocative series of essays, conversations, and design proposals that intensify the potential of the multidisciplinary discourse developing in response to the Anthropocene thesis for contemporary architecture practice.
(6682 views)

A History of Architecture
by F. Kimball, G.H. Edgell - Harper & brothers
The attempt has been made to present each style as a thing of growth and change, rather than as a formula based on the monuments of some supposed apogee, with respect to which the later forms have too often been treated as corrupt.
(9648 views)