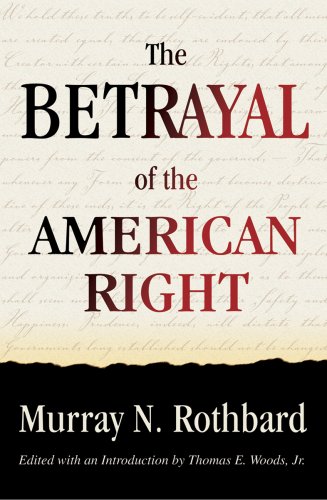 The Betrayal of the American Right
by Murray N. Rothbard

Description:
This remarkable piece of history will change the way you look at American politics. It shows that the corruption of American "conservatism" began long before George W. Bush ballooned the budget and asserted dictatorial rights over the country and the world. The American Right long ago slid into the abyss.

The Global Economic Crisis: Systemic Failures and Multilateral Remedies
- UNCTAD
The report highlights the areas in which the global economy experienced systemic failures. UNCTAD examines some of the problems to be tackled immediately because they can only be addressed through recognition of their multilateral dimensions.
(14840 views)

Capitalism 3.0: A Guide to Reclaiming the Commons
by Peter Barnes - Berrett-Koehler Publishers
Barnes' idea is that we need to use a 3rd institution to develop a better form a capitalism that takes into account natural resources that are used and not accounted for. This is needed, because government has failed to do a good job in this regard.
(15175 views)

The Causes of the Economic Crisis
by Ludwig von Mises - Ludwig von Mises Institute
The author presents his business cycle theory, applies it to the prevailing conditions, and discusses the policies that governments undertake that make recessions worse. He recommends a monetary reform that would provide a sustainable prosperity.
(14921 views)