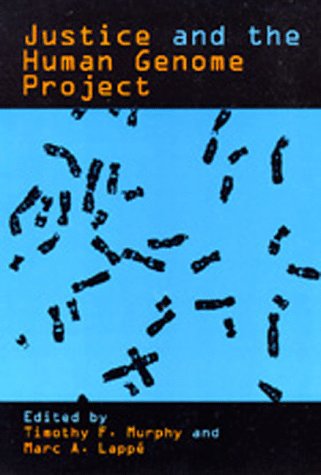 Justice and the Human Genome Project
by Timothy F. Murphy, Marc A. Lappé

Description:
The Human Genome Project is an expensive, ambitious, and controversial attempt to locate and map every one of the approximately 100,000 genes in the human body. If it works, and we are able, for instance, to identify markers for genetic diseases long before they develop, who will have the right to obtain such information?

Essentials of Genetics
by Heidi Chial, et al. - NPG Education
Essentials of Genetics is a guided introduction to many key concepts in genetics, from DNA structure and function to population genetics. It provides an excellent reference for students or lifelong learners and can be a teaching tool for faculty.
(12870 views)

Behavioral Genetics
by Catherine Baker - AAAS
An introduction to how genes and environments interact through development to shape differences in mood, personality, and intelligence. An introduction for non-scientists to the behavioral genetics and its broader ethical and social implications.
(18120 views)