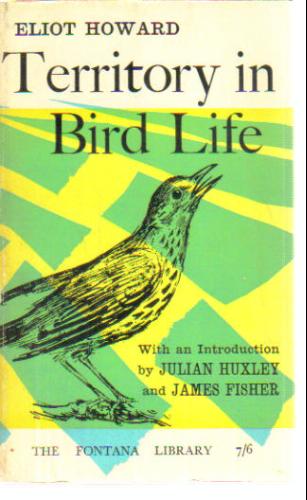 Birds in Flight
by W. P. Pycraft - Gay & Hancock ltd.
The wings of the bird not only lift the body from the earth, but they sustain it in the air by their marvellously complex movements. And this is true, in varying degrees of bird, and bat, and butterfly: of dragon-fly and beetle ...
(5142 views)

British Sea Birds
by Charles Dixon - Bliss, Sands and Foster
Amongst the many natural objects that confront the visitor to the sea, there are none more readily detected than birds. The wide waters of the ocean and its varied coast-line of cliff or sand, are the haunts of many birds of specialised type.
(3889 views)

British Birds in their Haunts
by C. A. Johns - George Routledge & Sons
This admirable work by the late Rev. C. A. Johns has already proved the making of many a naturalist and it will be a delight and help to many more nature lovers who wish to determine a species without recourse to bulky scientific works.
(5940 views)

What Bird is That?
by Frank M. Chapman - D. Appleton & co
A pocket museum of the land birds of the eastern United States arranged according to season. The birds are drawn and reproduced with such accuracy that no essential detail of color or form is lost. They are all drawn to nearly the same scale.
(10114 views)