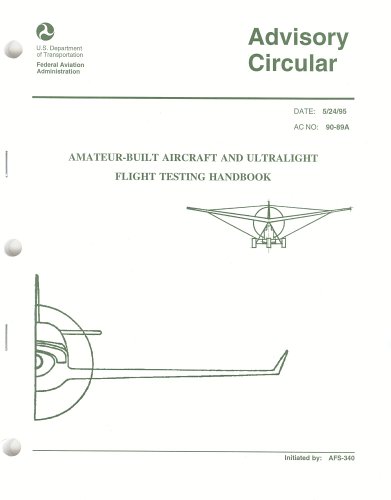 Description:
The purpose of this advisory circular is to make amateur-built/ultralight aircraft pilots aware that test flying an aircraft is a critical undertaking, which should be approached with thorough planning, skill, and common sense.

Quest for Performance: The Evolution of Modern Aircraft
by Laurence K. Loftin, Jr. - United States Government Printing
This volume traces the technical development of the airplane from a curiosity at the beginning of World War I to the highly useful machine of today. Included are significant aircraft that incorporated important technical innovations.
(11371 views)

The Wind and Beyond
by James R. Hansen, - NASA History Office
A documentary journey into the history of aerodynamics in America. How ideas about aerodynamics first developed and how the technology evolved to forge the airplane into the revolutionary machine is the epic story told in this book.
(11011 views)

NASA at 50: Interviews with NASA's Senior Leadership
by Rebecca Wright, Sandra Johnson, Steven J. Dick - NASA
The 50th anniversary of NASA on 1 October 2008 found an agency in the midst of deep transition. This volume provides a snapshot of the thinking of NASA senior leadership on the occasion of its 50th anniversary and in the midst of these sea changes.
(5483 views)