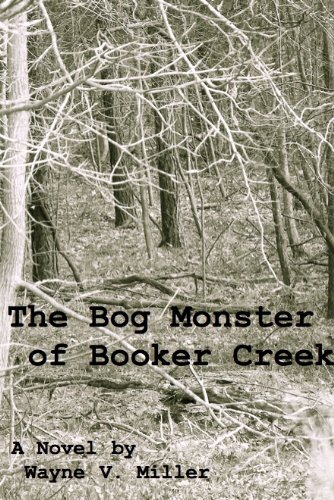 The Bog Monster of Booker Creek
by Wayne V. Miller

Description:
What do a college town, a middle-school biology project, Sasquatch, psychics, missing persons, alien abduction, and a billion year-old human have in common? Meet John Densch. In an extended letter to his son ten years in the future, John Densch chronicles how in the midst of a media circus a middle-school science project became a national joke.

Mad Boys
by Ernest Hebert - University Press of New England
A darkly comic novel of a boy's picaresque adventure through a surreal American landscape. Hebert offers a satiric road story of a 13-year-old's journey through an America where image has replaced substance, and appearance has become reality.
(5327 views)

The Prodigals
by Frank Burton - Philistine Press
The Prodigals follows the lives of four troubled young men in Manchester and the novel's anti-hero, Travis McGuiggan. It's a book about friendship, religion, drinking, cruelty and love. It's also a book about leaving home and returning.
(5495 views)

The Variant Effect
by G. Wells Taylor - skineaters.com
The old furrier building was the perfect place to find a body, and Joe Borland knew they wouldn't have dragged him out of retirement to see it if something hadn't eaten its skin. It's been twenty years since Borland battled the Variant Effect.
(7288 views)