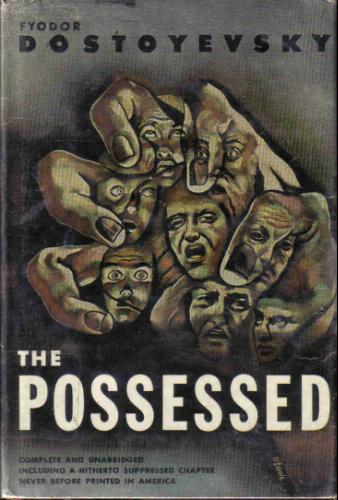 The Possessed
by Fyodor Dostoyevsky

Description:
One of Dostoyevsky's most famous novels, this 1872 work utilizes five main characters and their philosophical ideas to describe the political chaos of Imperial Russia in the nineteenth century. Based on an actual event involving the murder of a revolutionary by his comrades, this novel depicts a band of ruthless radicals attempting to incite revolt in their small, rural community.

The Gambler
by Fyodor Dostoyevsky
The Gambler brilliantly captures the powerful compulsion to bet that Dostoyevsky, himself a compulsive gambler, knew so well. The hero rides an emotional roller coaster between exhilaration and despair, and secondary characters are unforgettable.
(10069 views)

A Raw Youth
by Fyodor Dostoyevsky - Heinemann
Arkady is a young man whose legal father is a man he doesn't know and his biological father, Versilov, is someone he doesn't know how to deal with. Arkady ends up getting a very important document that many people want from him ...
(7186 views)

Crime and Punishment
by Fyodor Dostoyevsky - P. F. Collier & son
The poverty-stricken Raskolnikov, believing he is exempt from moral law, murders a man only to face the consequences not only from society but from his conscience, in this seminal story of justice, morality, and redemption from the great novelist.
(12885 views)

The Idiot
by Fyodor Dostoyevsky - Vizetelly & Co.
Returning from a sanitarium in Switzerland, the epileptic Prince Myshkin finds himself enmeshed in a tangle of love, torn between two women -- Nastasya and Aglaia -— both involved with the corrupt, money-hungry Ganya. Translated by Eva Martin.
(9639 views)