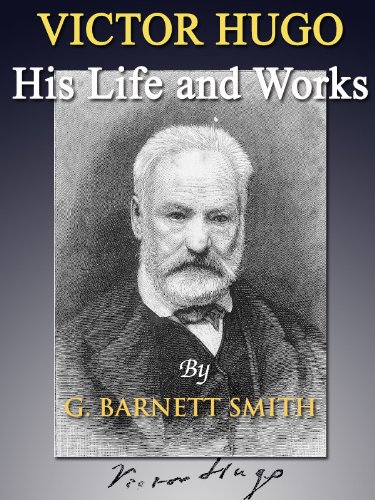 Victor Hugo: His Life and Works
by G. Barnett Smith

Description:
This volume is a complete survey of the life and work of the most celebrated Frenchman of the nineteenth century. This is the only book which relates the full story of his life, and now traces to its close his literary career.

Oscar Wilde, His Life and Confessions
by Frank Harris - F. Harris
A biography of the great man, written by the Irish-American author, editor, journalist and publisher who was friendly with many well-known figures of his day. A wonderful work of art itself, no unnecessary data is wasted, no long reflexions bore us.
(11359 views)

The Life of Charlotte Bronte
by Elizabeth Gaskell - Smith, Elder & Co.
Elizabeth Gaskell's biography of her close friend recounts Charlotte Bronte's life from her childhood, through her years as a writer who had 'foreseen the single life' for herself, to her marriage at thirty-eight and death less than a year later.
(12768 views)

Sir Walter Scott
by Richard Holt Hutton - Macmillan
Sir Walter Scott (1771 - 1832) was a Scottish historical novelist, playwright, and poet, popular throughout much of the world during his time. Scott was the first English-language author to have a truly international career in his lifetime.
(8316 views)