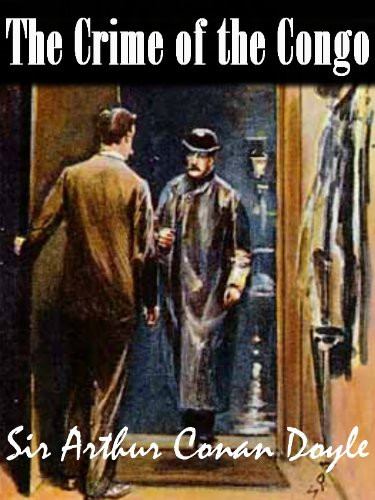 The Crime of the Congo
by Arthur Conan Doyle

Description:
Doyle documents the atrocities committed in the Congo Free State, the personal possession of Leopold II of Belgium. Thousands of native Africans were forced to labor on rubber plantations for the benefit of their colonial overlords. The abuses of the Congo Free State, and worldwide denunciations when they came to light, were instrumental in the Belgian government assuming responsibility of the territory, and renaming it the Belgian Congo.

Africa South
by Harm J. de Blij - Northwestern University Press
The book presents a history of southern Africa from the arrival of Europeans until the creation of the Republic of South Africa in 1961. The author provides a portrait of the landscape and the internal policies and struggles within the region.
(1965 views)

The River War: An Account of the Reconquest of the Sudan
by Winston S. Churchill - ManyBooks
More by accident than design, England was drawn into the affairs of Egypt in the 1880s. In this illuminating volume, Churchill not only dramatically relates the catastrophic events in Sudan, but also places them in the context of Sudanese history.
(7807 views)

The Last Boer War
by H. Rider Haggard - Kegan Paul, Trench, Trubner & Co.
A non fiction book about the Boer War of 1881. Excellent first-hand history by an eye witness who also happened to be one of the leading authors of the late 19th century. A must read for anyone interested in African History or British Colonial wars.
(10356 views)

The Man-Eaters of Tsavo
by J. H. Patterson - Macmillan and co
The book details the author's adventures in East Africa at the turn of the century. His story is riveting: Petterson single-handedly tracked and killed the lions that devoured 28 of his Indian workers as well as countless African natives.
(18101 views)