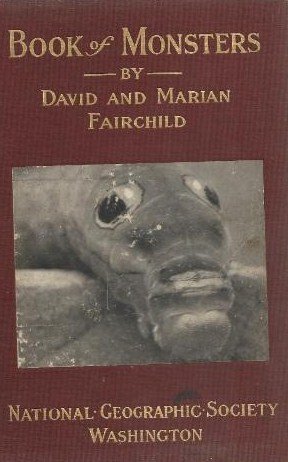 Description:
The pictures in this book are portraits of creatures which are as much the real inhabitants of the world as we are, and have all the rights of ownership that we have, but, because their own struggle for existence so often crosses ours, many of them are our enemies. Indeed, man's own real struggle for the supremacy of the world is his struggle to control these tiny monsters.

Handbook of Medical Entomology
by O. A. Johanssen, W. A. Riley - The Comstock Publishing Company
The object of the Handbook is to afford a general survey of the field, and to put the student of medicine and entomology in touch with the discoveries and theories which underlie some of the most important modern work in preventive medicine.
(12682 views)

The Butterfly Book
by William Jacob Holland - Doubleday, Page & Company
The aim is to guide the amateur collector in right paths and to prepare him by the accomplishment of his labors for the enjoyment of more difficult researches in this field. The work is confined to the fauna of the continent of North America.
(4814 views)

Our Insect Friends and Enemies
by John Bernhard Smith - J.B. Lippincott Company
The relation of insects to man, to other animals, to one another, and to plants, with a chapter on the war against insects. The insects' influence upon humanity, directly and indirectly, is vastly greater than is generally realized.
(6149 views)