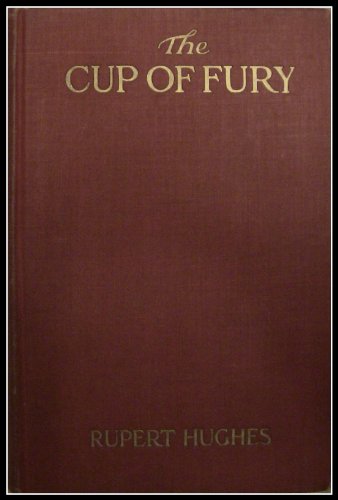 The Cup of Fury: A Novel of Cities and Shipyards
by Rupert Hughes

Description:
This is the third and last term of the quantum field theory sequence. The course is devoted to the standard model of particle physics, including both its conceptual foundations and its specific structure, and to some current research frontiers that grow immediately out of it.

Souls for Sale
by Rupert Hughes - Harper and brothers
Mem Steddon marries Owen Scudder after a whirlwind courtship. However, on their wedding night, she has a change of heart. When the train taking them to Los Angeles stops for water, she impulsively and secretly gets off in the middle of the desert.
(1100 views)

In a Little Town
by Rupert Hughes - Harper & Brothers
Hughes was a prolific writer of short stories, with varying numbers well over one hundred credited to him. In a Little Town (1917) allowed Hughes to draw on his small-town roots with fourteen short stories about fictionalized people around Keokuk.
(1030 views)

Music Lovers Encyclopedia
by Rupert Hughes - McClure, Phillips & Co
A facsimile edition of a classic, long the standard reference on music with almost 1,000 pages that include an A to Z biographical dictionary of musicians with over 8,500 entries, a dictionary of 7,000 musical terms, synopses of 90 operas, and more.
(9759 views)

What Will People Say?
by Rupert Hughes - Harper & Brothers
Waiting to be assigned to a new post, Army captain Harvey Forbes decides to treat himself to a holiday in New York City. Within a day, he has become mesmerized by beautiful Persis Cabot and determines to win her despite their many differences.
(956 views)