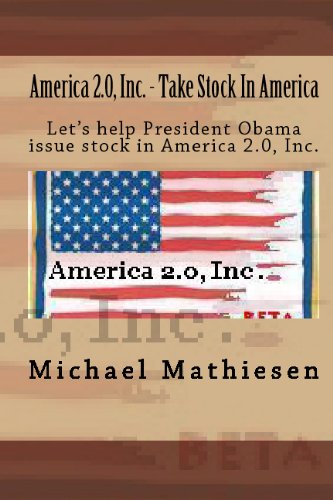 Description:
This book is the Blue Print for The Incorporation of the United States of America. As a non-profit organization, our public servants have the mission of losing as much of your money and mine in the shortest period of time. As a For-Profit Corporation our public servants would be forced to make a profit and distribute same to the shareholders, The People.

Deep Freeze: Iceland's Economic Collapse
by Philipp Bagus, David Howden - Ludwig von Mises Institute
In this book, the two young Professors Bagus and Howden document the sad story of the Icelandic government's policy mistakes -- the artificial creation of a boom, and the savage bust that was the inevitable outcome of this boom.
(5992 views)

Bourbon for Breakfast: Living Outside the Statist Quo
by Jeffrey A. Tucker - Ludwig von Mises Institute
The state makes a mess of everything it touches. Tucker proposes this path: see how the state has distorted daily life, rethink how things would work without the state, and fight against the intervention in every way that is permitted.
(5800 views)

Capitalism: A Treatise on Economics
by George Reisman - Jameson Books
Reisman's ringing manifesto for laissez-faire capitalism free of all government intervention is at once a conservative polemic and a monumental treatise, brimming with original theories, remarkable for its depth, scope and rigorous argument.
(14957 views)