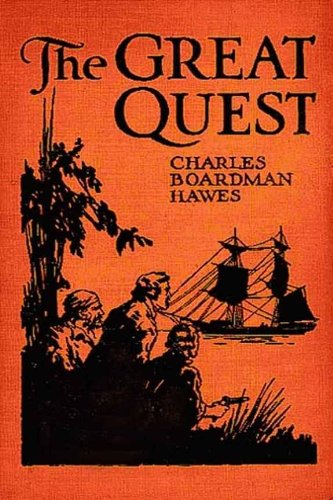 Description:
A romance of 1826, wherein are recorded the experiences of Josiah Woods of Topham, and of those others with whom he sailed for Cuba and the Gulf of Guinea. He braves the stormy seas, encounters natives, searches for gold... and rescues a lovely lady.

The Swiss Family Robinson
by Jean Rudolph Wyss - Rand McNally & Company
Swept off course by a storm, a Swiss pastor, his wife, and four sons are shipwrecked on an uncharted tropical island. Thus begins the classic story of survival and adventure that has fired the imaginations of readers since it first appeared in 1812.
(11252 views)

The Iron Pirate
by Max Pemberton - Cassell & Co.
The story of a great gas-driven iron-clad pirate ship, capable of outpacing the navies of the world and terrorizing the Atlantic. There are scalawags, ships sinking, mysterious buckets of treasure, dingy drinking joints, keelhauling ...
(5943 views)

The Unknown Sea
by Clemence Housman - Duckworth and co.
An uncertain path promised fairly till half way, where a recent lapse turned him aside on to untried slopes and ledges: a perilous ascent to any not bold and sure and practised. The spice of danger kindled the boy's blood; he won to the top ...
(9509 views)

A Yankee Flier with the R.A.F.
by Al Avery - Grosset & Dunlap
Here he was, really a fugitive from his distant homeland, standing in the Royal Air Force mess while outside the closely curtained windows all of London lay under an inky blackout, listening and waiting for the whine of the bombers.
(7336 views)