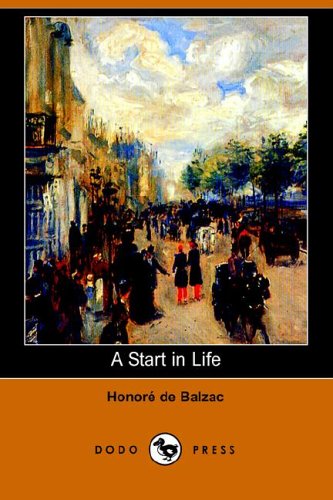 A Start in Life
by Honore de Balzac

Description:
A Start in Life (Un Debut dans la vie) contains many comic moments of a young man's adventures starting out in life as he falls prey to temptations and practical jokes. By the French author, who, along with Flaubert, is generally regarded as a founding-father of realism in European fiction.

A Second Home
by Honore de Balzac
The Rue du Tourniquet-Saint-Jean, formerly one of the darkest and most tortuous of the streets about the Hotel de Ville, zigzagged round the little gardens of the Paris Prefecture, and ended at the Rue Martroi, exactly at the angle of an old wall...
(3413 views)

Father Goriot
by Honore de Balzac - Project Gutenberg
A masterful study of a father whose sacrifices for his daughters have become a compulsion, this novel marks Balzac's 'real entree' into La Comedie Humaine, his series of almost one hundred novels meant to depict 'the whole pell-mell of civilization'.
(8620 views)

Scenes from a Courtesan's Life
by Honore de Balzac - Avil Publishing Company
In 1824, at the last opera ball of the season, several masks were struck by the beauty of a youth who was wandering about the passages and greenroom with the air of a man in search of a woman kept at home by unexpected circumstances ...
(3604 views)

The Lily of the Valley
by Honore de Balzac - Gebbie Publishing Co.
This was Balzac's personal favorite among his writings. The novel offers the courtship of Felix and fiancee Henrietta, whose correspondence on the subject of love reveals her to be far more experienced than he thought. Romance the Balzac way.
(7159 views)