Tourism: the International Business
by Robert Christie Mill - The Global Text Project , 2010
The text is divided into sections: an overview of tourism, the development of tourism, the marketing of tourism, and the future of tourism. The readers will understand tourism and have a clear idea of how to develop and market a tourism destination.
(5488 views)

How They Succeeded
by Orison Swett Marden - Ludwig von Mises Institute , 2011
The Gilded Age produced not only some of the richest men and women of all time; its opportunities built a nation of people of superlative character. This book provides a look at the lives and choices of some of the most famous among them.
(9745 views)

Democratizing Innovation
by Eric von Hippel - The MIT Press , 2005
Eric von Hippel looks closely at the emerging system of user-centered innovation. He explains why users find it profitable to develop new products for themselves, and why it often pays users to reveal their innovations freely for the use of all.
(9678 views)

The Unauthorized Biography of the Baby Bells and Info-Scandal
by Bruce Kushnick - New Networks Institute , 1999
Bruce Kushnick, a telecom analyst for 15 years, spent seven years writing his 'unauthorized biography' of the Bell telephone monopolies. His 464-page manuscript exposes how the Baby Bells have been ripping us off since they were born in 1984.
(12080 views)

The 50 Great Pioneers of American Industry
by Baldwin H. Ward - J.G. Ferguson Publishing , 1965
This book is about the men who laid the basis of U.S. industry, and the thriving economy which it sustains. These pioneers were expanding the frontiers of enterprise and opportunity, each in his own way, in his own time, of his own volition.
(11088 views)

How We Got Here: A Slightly Irreverent History of Technology and Markets
by Andy Kessler - Collins Business , 2005
The author unpacks the entire history of Silicon Valley and Wall Street, from the Industrial Revolution to computers, communications, money, gold and stock markets. This book connects the dots through history to how we got to where we are today.
(14802 views) 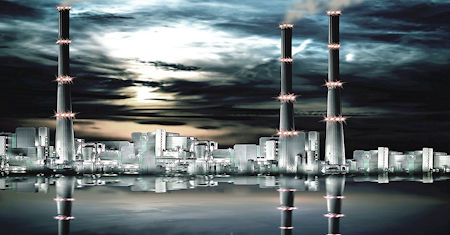