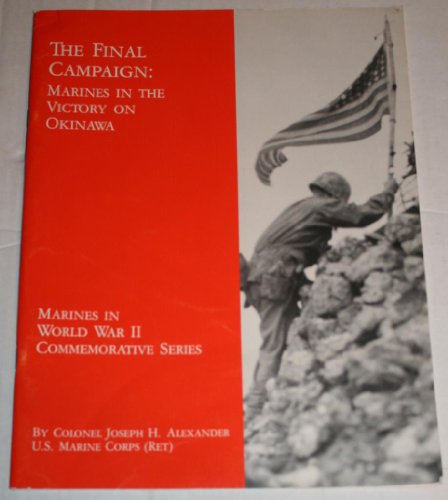 The Final Campaign: Marines in the Victory on Okinawa
by Joseph H. Alexander

Description:
With a magnitude that rivaled the Normandy invasion the previous June, the battle of Okinawa was the biggest and costliest single operation of the Pacific War. For each of its 82 days of combat, the battle would claim an average of 3,000 lives from the antagonists and the unfortunate non-combatants.

Inside War
by Fabio Armao - De Gruyter Open
Inside War argues that XXI century wars are products of the blurring of the public-private divide, induced by the end of the Cold War. Also, internal and external factors are blurred and the border between war and crime is becoming ever more elusive.
(3915 views)

Psychological Warfare
by Paul Myron Anthony Linebarger - Duell, Sloan and Pearce
This book is the product of experience rather than research, of consultation rather than reading. I have tried to incorporate those concepts and doctrines which found readiest acceptance among the men actually doing the job.
(4736 views)