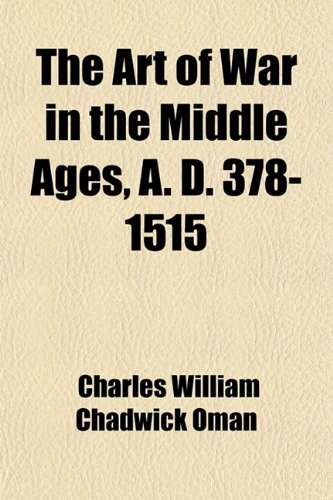 Description:
Oman provides an excellent, well-researched look at the arms, tactics, and strategies of various medieval armies. He covers the rise of the era of heavy cavalry, and describes how it was replaced by the English longbow and the Swiss pikeman. His discussion of the various battlefield tactics unique to each army, as illustrated through maps of many of the major battles, proves both informative and entertaining.

From the Mind to the Feet
by Lawrence A. Kuznar, Allison Astorino-Courtois, Sarah Canna - Air University Press
The essays in this volume examine the concept of intent in defense, security, and foreign-policy contexts. They provide operational and academic perspectives on measuring the intent of adversaries, including nation-states and nonstate actors.
(7656 views)

Fighting Instructions, 1530-1816
by Julian S. Corbett - Navy Records Society
The discovery of a number of seventeenth century Fighting Instructions seemed to encourage an attempt to make a complete collection. It is hoped that the collection may be of some assistance for a fresh study of the the development of naval tactics.
(8947 views)