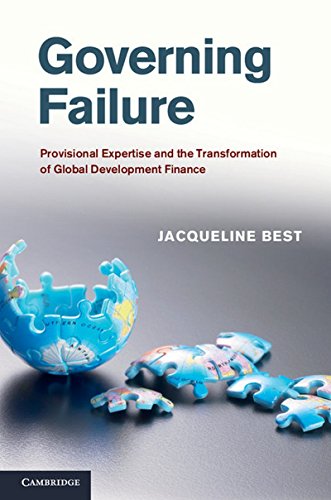 Description:
In contrast to the structural adjustment era when policymakers were confident that they had all the answers, the author argues that we are now in an era of provisional governance, in which key actors are aware of the possibility of failure even as they seek to inoculate themselves against it. This book considers the implications of this shift, asking if it is a positive change and whether it is sustainable.

Bourbon for Breakfast: Living Outside the Statist Quo
by Jeffrey A. Tucker - Ludwig von Mises Institute
The state makes a mess of everything it touches. Tucker proposes this path: see how the state has distorted daily life, rethink how things would work without the state, and fight against the intervention in every way that is permitted.
(4716 views)

The Decline of the American Republic
by John T. Flynn - Mises Institute
In 1955, John T. Flynn saw what few others journalist did: the welfare-warfare state conspired to bring down American liberty. The New Deal combined with World War Two had fastened leviathan control over a country born in liberty.
(12063 views)

How To Save Jobs
by David Gewirtz - ZATZ Publishing
A disturbing look into how changes worldwide have created enormous disruption in the very nature of jobs in America. Ideas and innovative approaches for policy change that could make a real difference and help save and create jobs in America.
(6595 views)