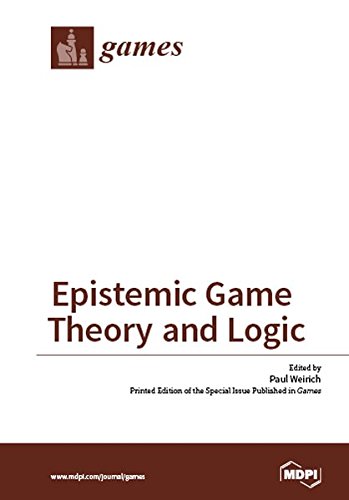 Games of No Chance 4
by Richard J. Nowakowski (ed.) - Cambridge University Press
The volume contains the first comprehensive explorations of misère games. It includes a tutorial for the very successful approach to analyzing misère impartial games and the first attempt at using it for misère partisan games.
(4152 views)

Logic and the Foundations of Game and Decision Theory
by Giacomo Bonanno, et al. - Amsterdam University Press
LOFT is a key venue for presenting research at the intersection of logic, economics and computer science, and the present collection gives a lively view of an exciting and rapidly growing area. This volume collects papers presented at the Conference.
(6097 views)

Game Theory Relaunched
by Hardy Hanappi (ed.) - InTech
New simulation tools and network analysis have made game theory omnipresent these days. This book collects recent research papers in game theory, which come from diverse scientific communities all across the world, and combine many different fields.
(7228 views)

The Compleat Strategyst: Being a Primer on the Theory of Games of Strategy
by John D. Williams - RAND Corporation
When this book was originally published in 1954, game theory was an esoteric and mysterious subject. Its popularity today can be traced at least in part to this book, which popularized the subject for amateurs and professionals throughout the world.
(16331 views)