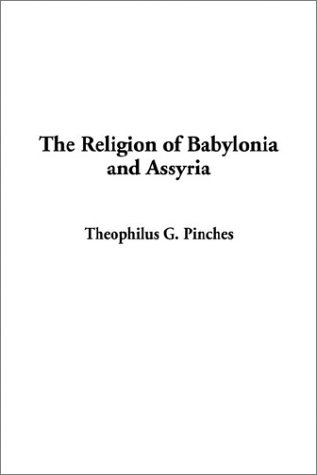 The Religion of Babylonia and Assyria
by Theophilus G. Pinches

Description:
Though there is no proof that ancestor-worship in general prevailed at any time in Babylonia, it would seem that the worship of heroes and prominent men was common, at least in early times. The tenth chapter of Genesis tells us of the story of Nimrod, who cannot be any other than the Merodach of the Assyro-Babylonian inscriptions; and other examples, occurring in semi-mythological times, are En-we-dur-an-ki , the Greek Edoreschos, and Gilgames.

The Cambridge Ancient History
by J. B. Bury - Cambridge University Press
Designed as the first part of a continuous history of European peoples. Starting with the remote and dim beginnings, the Ancient History will go down to the victory of Constantine the Great, the point at which the Medieval takes up the story.
(11352 views)

Homer and His Age
by Andrew Lang
The aim of 'Homer and His Age' is to prove that the Homeric Epics as wholes and apart from passages gravely suspected in antiquity present a perfectly harmonious picture of the entire life and civilization of one single age.
(11912 views)

Initiation into the Mysteries of the Ancient World
by Jan N. Bremmer - De Gruyter Open
This book explores ancient mystery cults and their influence on emerging Christianity. The author discusses the famous Eleusian Mysteries as well as lesser-known Greek and Roman mysteries, offering an in-depth analysis of this fascinating phenomenon.
(6576 views)

The Story of Alexander's Empire
by John Pentland Mahaffy - Putnam
The story of the conquests of Alexander has been told many times, but the history of the portions of the great Empire that he founded, how they lost their independence, and finally were absorbed into the dominions of Rome, is less well known.
(8910 views)