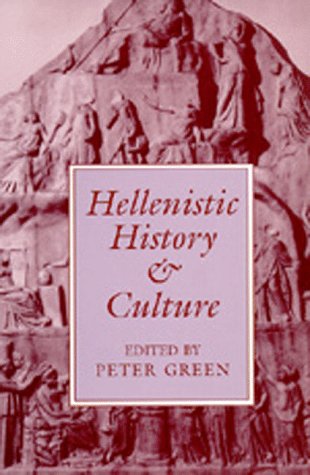 Description:
In a 1988 conference, American and British scholars unexpectedly discovered that their ideas were converging in ways that formed a new picture of the variegated Hellenistic mosaic. That picture emerges in these essays and eloquently displays the breadth of modern interest in the Hellenistic Age. A distrust of all ideologies has altered old views of ancient political structures, and feminism has also changed earlier assessments.

A Manual of Ancient History
by A. H. L. Heeren - D. A. Talboys
The work combines the convenience of the Manuals with the synchronistic method of instruction; as the geography, chronology, and biography of the countries and states of the ancient world are brought at once under the eye of the reader.
(11140 views)

Athens: Its Rise and Fall
by Edward Bulwer-Lytton - G. Routledge
Since it is the letters, yet more than the arms or the institutions of Athens, which have rendered her illustrious, it is my object to combine an elaborate view of her literature with a complete and impartial account of her political transactions.
(9292 views)

The Story of Alexander's Empire
by John Pentland Mahaffy - Putnam
The story of the conquests of Alexander has been told many times, but the history of the portions of the great Empire that he founded, how they lost their independence, and finally were absorbed into the dominions of Rome, is less well known.
(8912 views)

From Rome to Byzantium
by Tom Green - ManyBooks
Provides a detailed overview of trading activity in the Roman and Byzantine Mediterranean, grounded in recent archaeological research. It is argued that free trade played a significant role in the nature of trading in Classical and Late Antiquity.
(8959 views)