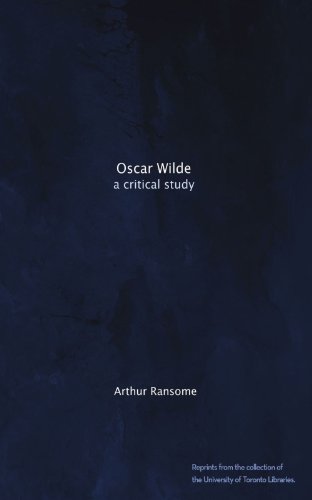 Description:
Wilde was a kind of Wainewright, to whom his own life was very important. He saw art as self-expression and life as self-development. He felt that his life was material on which to practise his powers of creation, and handled it and brooded over it like a sculptor planning to make a dancing figure out of a pellet of clay.

A Novelist on Novels
by Walter Lionel George - W. Collins Sons & Co
The book expresses the fluctuating feelings aroused in the author by the modern novel and its treatment at the hands of the public. The chapters on 'Falstaff,' 'The Esperanto of Art,' and 'The Twilight of Genius' have been included.
(8084 views)

Outline of American Literature
by Kathryn VanSpanckeren - U.S. Department of State
The Outline of American literature, newly revised, traces the paths of American narrative, fiction, poetry and drama as they move from pre-colonial times into the present, through such literary movements as romanticism, realism and experimentation.
(15578 views)

The Artistic Censoring of Sexuality
by Susan Mooney - Ohio State University Press
Mooney examines four novels that prompted in their day harsh censorship because of their sexual content -- Ulysses, Lolita, Time of Silence, and Russian Beauty. She shows how motifs of censorship became artistically embedded in the novels' plots.
(6619 views)