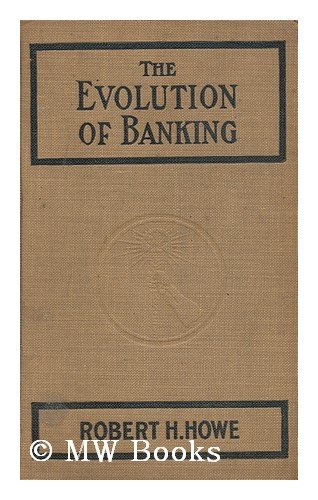 The Evolution of Banking
by Robert Harrison Howe

Description:
This book does not contain all that might be written on the subject of money. It is published with the sole purpose in view of stimulating thought and inquiry into the subject of which it treats and which has been nearly, if not entirely, neglected by the leaders of advanced thought.

The Case Against the Fed
by Murray N. Rothbard - Ludwig Von Mises Institute
The author presents the most powerful case against the American central bank ever written. This work begins with a mini-treatment of money and banking theory, and then plunges right in with the real history of the Federal Reserve System.
(12826 views)

Free Banking: Theory, History and a Laissez-Faire Model
by Larry J. Sechrest - Mises Institute
Author argues that the debate over central and free banking is the most important economic issue of the day. He builds a model of central vs. free banking and shows that a competitive system would be self correcting where a centralized one is not.
(18585 views)

Banking and the Business Cycle
by C. A. Phillips - The MacMillan Company
This study appeared in 1937 as an analysis of the stock market crash and the great depression that followed. It explores the many theories tossed about at the time. The depression is held to be the consequence of the preceding boom.
(17597 views)

History of the Eighties -- Lessons for the Future
- Federal Deposit Insurance Corporation
A detailed analysis of the complex combination of causes that led to the extraordinary number of bank failures in the 1980s and early 1990s. An evaluation of the legislative, regulatory and supervisory responses to those failures.
(7975 views)