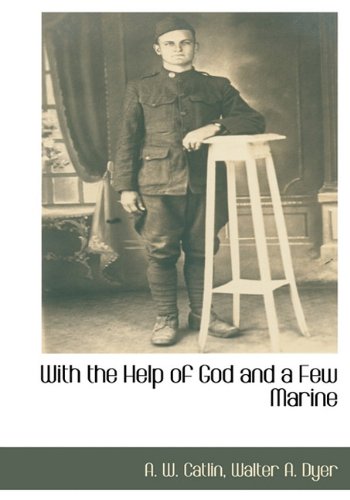 With the Help of God and a Few Marines
by A.W. Catlin, W.A. Dyer

Description:
First published in 1919, this is the story of the 6th Marine Regiment in World War I by its commander. The 6th Marine Regiment was part of the 4th (Marine) Brigade in the 2nd Infantry Division. It is a classic account of their war in France, particularly the battle of Belleau Woods in June 1918.

Military Career of Napoleon the Great
by Montgomery B. Gibbs - E.A. Weeks & Co.
There has never been a time when the public was not eager to learn something new concerning the career of the man who once held all Europe prisoner in the folds of the French flag. The world regards Napoleon Bonaparte as a military genius ...
(7570 views)

The Great Adventure
by Barry Allan - Smashwords
From Footscray in Melbourne to Flanders on the Western Front, the true story of three brothers George, Joe and Dave, who served in the AIF during World War One. They all had life changing experiences but not all of those were caused by the war.
(7704 views)

A Sailor of King George
by Captain Frederick Hoffman - John Murray
These are the riveting recollections of an officer of the Royal Navy in the first years of the nineteenth century, through the long wars with Britain's enemy Spain and the France of the Revolution, Consulate and of the newly crowned Emperor Napoleon.
(8734 views)

War's Dark Frame
by Wadsworth Camp - Dodd, Mead and company
Abruptly we realized that war for the individual has the quality of a perpetual tragic disaster. Later, in the cities of Europe, in the devastated districts, in the towns under bombardment, in the front line trenches, that truth was forced upon me.
(7636 views)