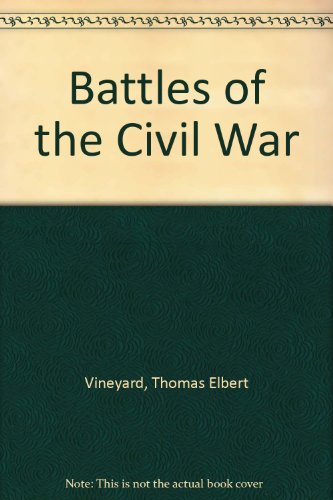 Battles of the Civil War
by Thomas Elbert Vineyard

Description:
In all history of this American Republic, or perhaps any other nation, there was no conflict that was so terrible as our Civil war. I have endeavored in this book to describe in detail the chief points that were enacted on the most important battlefields of that War.

History in the Making: A History of the People of the United States of America to 1877
by Catherine Locks, et al. - UNG Press Books
This textbook examines U.S. History from before European Contact through Reconstruction, while focusing on the people and their history. It provides an emphasis on critical thinking about US History by providing several key features in each chapter.
(8662 views)

The Presidents: A Reference History
by Henry F. Graff - Advameg, Inc.
This a standard resource for students and the general public alike: U.S. presidents from George Washington to George W. Bush are profiled in depth. This is the story of the national political leadership of the country during the nearly two centuries.
(16659 views)

Mayflower: A History From Beginning to End
- Hourly History
The story of the Mayflower is one of adventure, courage, and destiny. The Mayflower was the ship that launched a nation. She left from England in September of 1620, carrying 102 English Separatists to a new life, one that came with the freedom ...
(4639 views)