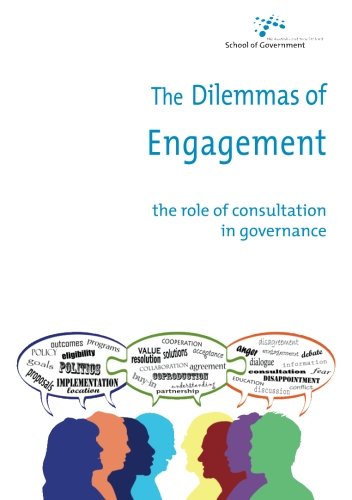 The Dilemmas of Engagement: The role of consultation in governance
by Jenny Stewart

Description:
In this monograph, Professor Jenny Stewart maps out the principal approaches used by governments to consult with and engage affected communities of interest. Stewart critically assesses the available literature and draws directly upon the experiences of political actors, bureaucrats and community sector organisations in order to identify the 'good, bad, and the ugly' of engagement.

The Future of American Intelligence
by Peter Berkowitz - Hoover Institution Press
These essays from a diverse group of distinguished contributors deepen our understanding of the new national security threats posed by terrorism, by the proliferation of weapons of mass destruction, and by the spread of Islamic extremism.
(6311 views)

Controlling Bureaucracies: Dilemmas in Democratic Governance
by Judith Gruber - University of California Press
How can citizens exercise control over government officials in ways that allow for effective government? In this book, Professor Gruber merges a sophisticated analysis with empirical research to develop a new approach to this perennial problem.
(8480 views)

The Social Contract
by Jean-Jacques Rousseau - J. M. Dent
Rousseau argues that all government is fundamentally flawed and that modern society is based on a system of inequality. The philosopher proposes an alternative system for the development of self-governing, self-disciplined citizens.
(8219 views)