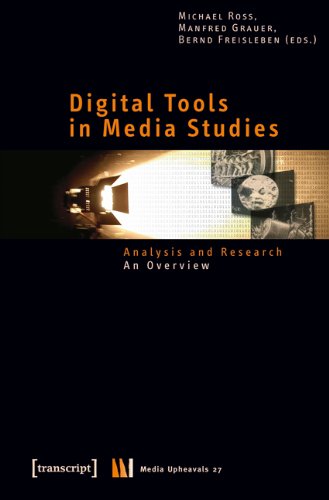 Description:
Digital tools are increasingly used in media studies, opening up new perspectives for research and analysis, while creating new problems at the same time. In this volume, international media scholars and computer scientists present their projects, varying from powerful film-historical databases to automatic video analysis software, discussing their application of digital tools and reporting on their results.

The Hyperlinked Society: Questioning Connections in the Digital Age
by Joseph Turow, Lokman Tsui - University of Michigan Press
The book addresses a series of questions about the ways in which hyperlinks organize behavior online. These essays will be valuable to anyone interested in the connections that structure communication discourse in the world of digital media.
(8707 views)

Designing Media
by Bill Moggridge - The MIT Press
Bill Moggridge examines connections and conflicts between old and new media, describing how the MSM have changed and how new patterns of media consumption are emerging. The book features interviews with 37 significant figures in mass communication.
(3814 views)

When Media Are New: Understanding the Dynamics of New Media Adoption and Use
by John Carey, Martin C. J. Elton - University of Michigan Press
The book investigates the human factors involved in technological change and their implications for current and future media. It will find a broad audience ranging from media and communication scholars to historians and organizational theorists.
(8240 views)