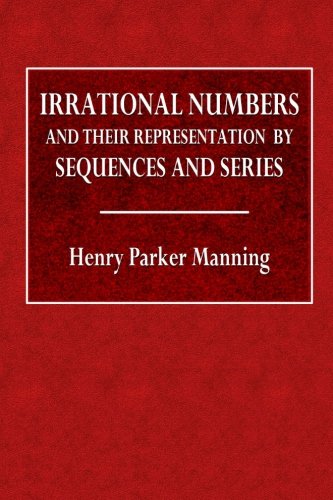 Description:
This book is intended to explain the nature of irrational numbers, and those parts of Algebra which depend on what is usually called The Theory of Limits. We have endeavored to show how the fundamental operations are to be performed in the case of irrational numbers and to define the irrational exponent and the logarithm.

Notes on Measure and Integration
by John Franks - arXiv
My intent is to introduce the Lebesgue integral in a quick, and hopefully painless, way and then go on to investigate the standard convergence theorems and a brief introduction to the Hilbert space of L2 functions on the interval.
(6102 views)

An Introductory Course Of Mathematical Analysis
by Charles Walmsley - Cambridge University Press
Originally published in 1926, this text was aimed at first-year undergraduates studying physics and chemistry, to help them become acquainted with the concepts and processes of differentiation and integration. A prominence is given to inequalities.
(5251 views)

The Theory Of Integration
by L. C. Young - Cambridge University Press
On the one hand, practically no knowledge is assumed; on the other hand, the ideas of Cauchy, Riemann, Darboux, Weierstrass, familiar to the reader who is acquainted with the elementary theory, are used as much as possible ...
(3523 views)