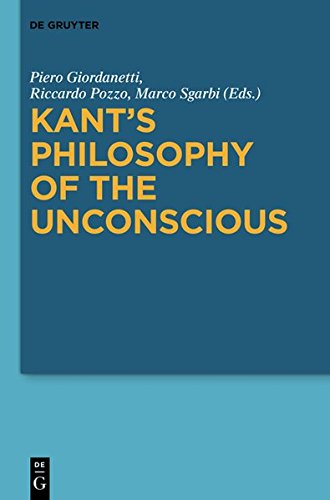 Kant's Philosophy of the Unconscious
by Piero Giordanetti (ed.)

Description:
The unconscious, the other of consciousness, is a key problem of the critical philosophy. The purpose of the volume is to fill a substantial gap in Kant research and to offer a complete survey of the topic in different areas of research, such as history of philosophy, philosophy of mind, aesthetics, moral philosophy, and anthropology.

The Computer Revolution in Philosophy: Philosophy, Science, and Models of Mind
by Aaron Sloman - The Harvester Press
Some parts of the book are dated whereas others are still relevant both to the scientific study of mind and to philosophical questions about the aims of science, the nature of theories and explanations, and to questions about the nature of mind.
(9474 views)

How We Think
by John Dewey - D. C. Heath & Co.
A classic book about thinking. Dewey studies thought from the psychological and philosophical points of view and derives practical ideas for education. Useful book whether you are a student, teacher, or just interested in the world around you.
(13969 views)