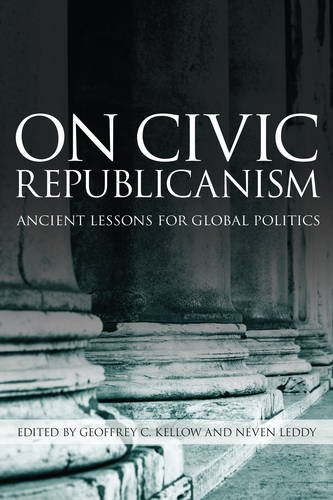 Description:
Examining both ancient and early modern conceptions of civic republicanism, the authors respond to the work of thinkers ranging from Plato and Aristotle to Machiavelli, Montesquieu, and Wollstonecraft. A testament to the continuing influence of the concept and the ongoing scholarly debate which surrounds it, On Civic Republicanism addresses fundamental questions regarding democratic participation, liberal democracy, and the public good.

Who Will Be the Next President?
by Alexander S. Belenky - Springer
This book addresses the peculiarities of the current presidential election system. It argues that any rules for electing a President that may replace the current ones should provide an equal representation of states as equal members of the Union ...
(1829 views)

High-Tech Europe: The Politics of International Cooperation
by Wayne Sandholtz - University of California Press
A study of cooperative efforts in the high-tech industries of Europe. Sandholtz examines why collaboration came late to these countries, how protective walls came down, how countries work together in economically sensitive areas.
(15127 views)

The Decline of American Capitalism
by Lewis Corey - Covici, Friede
The depression which set in after 1929 was the worst economic disaster in American history. It was aggravated by the acute world crisis, a major catastrophe of capitalism. The revival, because of its speculative character, did not lead to recovery.
(8227 views)

Healing Our World: The Other Piece of the Puzzle
by Mary J., Ph.D. Ruwart - Sunstar Press
Dr. Ruwart explains with simple examples how all of our good intentions with legislation end up hurting us all instead of solving society's problems. A must read if you want to understand how we got into this mess and how we can get out of it.
(7756 views)