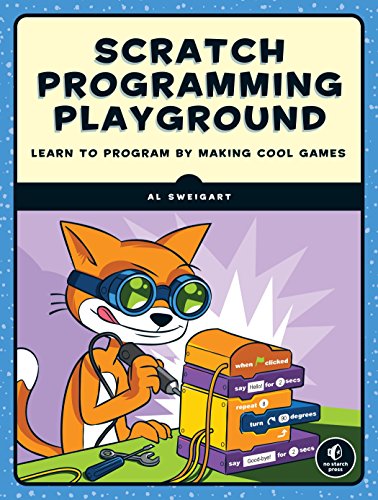 Description:
Scratch, the colorful drag-and-drop programming language, is used by millions of first-time learners, and in Scratch Programming Playground, you'll learn to program by making cool games. Get ready to destroy asteroids, shoot hoops, and slice and dice fruit!

BlitzMax
- Wikibooks
BlitzMax is a computer programming language based on BASIC. The code is first converted to a low level assembler format which is then assembled into object code for the target platform. BlitzMax is capable of compiling for Windows, Linux and Mac OS.
(12133 views)

Creating a Simple 3D Game with XNA
- Wikibooks
This tutorial is designed to provide a guide to using XNA to help create games in as simple and a visual way as possible. Examples of all of the basic elements to get started on a simple game are included, including controls, sound, and gameplay.
(14528 views)

Programming Vertex, Geometry, and Pixel Shaders
by Wolfgang Engel, et al.
This reference covers the advanced rendering techniques important for graphics programmers in the game and film industries, and will help them implement these techniques with DirectX 10. Intended for people with background in DirectX8 or DirectX9.
(17473 views)

Make Games with Python
by Sean M. Tracey - The MagPi Magazine
In this book, we are going to learn to make games on the Raspberry Pi with Pygame. We'll look at drawing, animation, keyboard and mouse controls, sound, and physics. This book isn't for absolute programming beginners, but it's not far from it.
(5802 views)