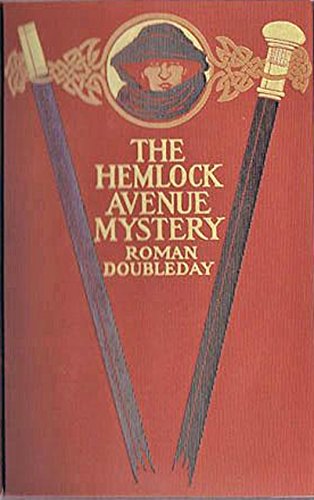 Description:
A mystery story in which a young attorney comes to sudden death, the supposition being that his rival and enemy killed him. The story involves two women suspected of participation in the crime, and a third one who was wholly unconscious of the deed. A young newspaper reporter unravels the tangle which suspicion and doubt are alone responsible for.

One Deadly Sister
by Rod Hoisington - Smashwords
An almost-too-clever young law student reluctantly attempts to rescue her estranged brother who is caught up in woman-trouble and a murder charge down in a hostile Florida town. He isn't looking for trouble but doesn't have a clue about women.
(7518 views)

Two For Rain
by K.J. Rivera - Smashwords
Self proclaimed private investigators Leah and Sebastian Reyes take off on a quest full of twists and turns to solve the mystery of a missing college student. They will encounter a range of dangerous suspects snared in centuries-old traditions ...
(6563 views)

A Modern Wizard
by Rodrigues Ottolengui - G.P. Putnam's Sons
Bacteriology and hypnotism are woven into this narrative, with the first part of the book centering upon the possible inoculation with the cultures of the microbe of diphtheria -- and the following chapters leading to the bacillus of insanity.
(4770 views)

Uncle Abner, Master of Mysteries
by Melville Davisson Post
Uncle Abner is a sturdy mountaineer who helps to solve the mysteries tragedies and crimes which occur in the Virginia mountains where he lives. There are eighteen short stories which have appeared in magazines at various times.
(5824 views)