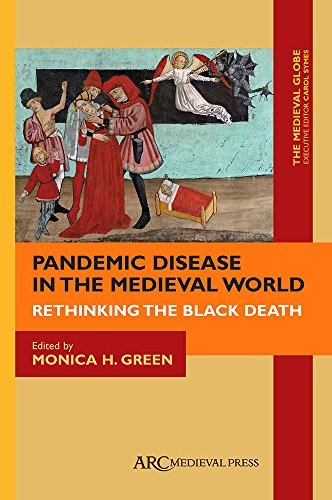 Description:
This ground-breaking book brings together scholars from the humanities and social and physical sciences to address the question of how recent work in genetics, zoology, and epidemiology can enable a rethinking of the Black Death's global reach and its larger historical significance.

The personality cult of Stalin in Soviet posters, 1929-1953
by Anita Pisch - ANU Press
This book is the first dedicated study on the marketing of Stalin in Soviet propaganda posters. Drawing on the archives of libraries throughout Russia, hundreds of previously unpublished posters are examined, with more than 130 reproduced in colour.
(2629 views)

The History of the Thirty Years' War
by Friedrich Schiller - A. L. Burt
This is the only collected edition of the principal works of Schiller which is accessible to English readers. Detached poems or dramas have been translated at various times, since the first publication of the original works.
(8258 views)

Lenin's Brain and Other Tales from the Secret Soviet Archives
by Paul R. Gregory - Hoover Institution Press
An enlightening look into the once-secret Soviet state and party archives that Western scholars first gained access to in the 1990s. Paul Gregory breaks down a decades-old wall of secrecy to reveal intriguing new information on various subjects.
(7349 views)

Witch, Warlock, and Magician
by W. H. Davenport Adams - J. W. Bouton
The author gives a general introduction to alchemy in Europe and traces the development of magic and alchemy in England from the fourteenth century onwards. Adams established himself as a popular science writer, translator and lexicographer.
(6350 views)