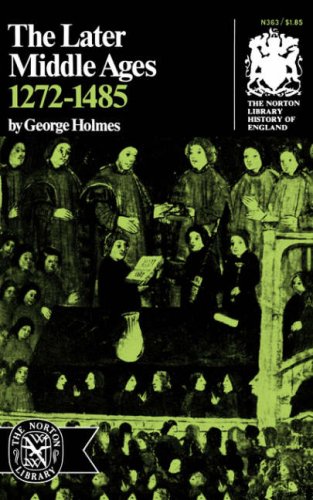 Description:
The book combines a clear narrative with an analysis of many aspects of history: social, economic, religious, cultural and so forth. Author's aim has been to write an intelligible introduction to this period of history for those who are reading about it for the first time. He did not try to be original and draw constantly on the works of other scholars.

The History of the Thirty Years' War
by Friedrich Schiller - A. L. Burt
This is the only collected edition of the principal works of Schiller which is accessible to English readers. Detached poems or dramas have been translated at various times, since the first publication of the original works.
(8257 views)

Witch, Warlock, and Magician
by W. H. Davenport Adams - J. W. Bouton
The author gives a general introduction to alchemy in Europe and traces the development of magic and alchemy in England from the fourteenth century onwards. Adams established himself as a popular science writer, translator and lexicographer.
(6348 views)

Russia in the Shadows
by H. G. Wells - Hodder and Stoughton
The book depicts the grim situation of Russia during the civil war. On his trip Wells met many people and came away from this experience pessimistic about the future of Russia, noting that it was slipping into anarchy and even greater backwardness.
(7181 views)

Pompeii, Its Life and Art
by August Mau - The Macmillan Company
For twenty-five years Professor Mau has devoted himself to the study of Pompeii, spending his summers among the ruins and his winters in Rome. He holds a unique place among the scholars who have given attention to Pompeian antiquities...
(4732 views)