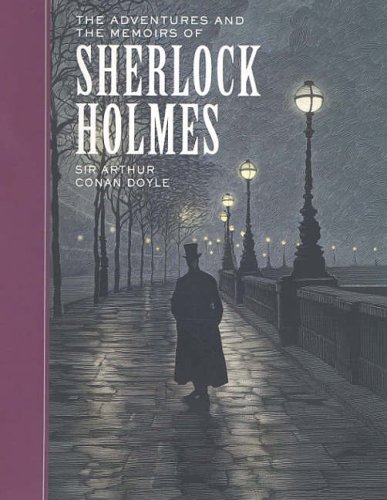 The Adventures of Sherlock Holmes
by Sir Arthur Conan Doyle

Description:
A colonel receives five seeds in the mail--and dies within weeks. A young bride disappears immediately after her wedding. An old hat and a Christmas goose are the only clues to a stolen jewel. A son is accused of his father's murder. These mysteries--and many more--are brought to the house on Baker Street where detective Sherlock Holmes resides. No case is too tricky for the world's most famous sleuth and his incredible powers of deduction.

Memoirs of Sherlock Holmes
by Sir Arthur Conan Doyle - A. Burt
Sir Arthur Conan Doyle's second story collection about the greatest detective, containing such puzzles as The Greek Interpreter, The Musgrave Ritual, Silver Blaze and The Final Adventure, the struggle between Holmes and the evil Professor Moriarty.
(10930 views)