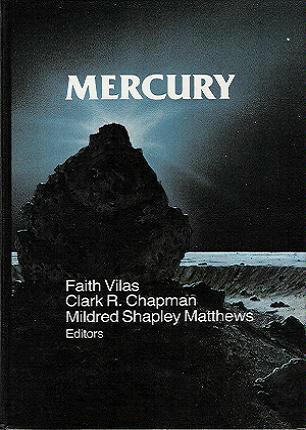 Description:
Mercury is an extreme planet, and thus it provides a unique benchmark for testing our theories about the origin and evolution of other terrestrial planets. Emphasis is given on the planet's origin, its metal-rich composition, its thermal and geophysical evolution, and its cratering history; these topics are complex and controversial, and this book contains a variety of new perspectives on them.

Chondrules and their Origins
by Elbert A. King - The Lunar and Planetary Institute
The origins of chondrules are fundamental problems of most stony meteorites and some planetary surface samples. The contents of this volume are designed to provide the reader with a broad overview of current ideas in this area of research.
(6738 views)

Solar System
- Wikipedia
The Solar System consists of the Sun and its planetary system of eight planets, their moons, and other non-stellar objects. It formed 4.6 billion years ago from the collapse of a molecular cloud. The majority of the system's mass is in the Sun...
(7771 views)

The Formation and Evolution of the Solar System
by James Schombert - University of Oregon
The purpose of this course is to educate you on the basic science behind our exploration of the Solar System so you may make informed choices as future/current voters on issues of our environment and the future of science in this country.
(12683 views)

Mars Science Laboratory
- Wikipedia
Mars Science Laboratory is a robotic space probe mission to Mars launched by NASA, which landed a rover Curiosity. The objectives include investigating Mars' habitability, studying its climate and geology, and collecting data for a manned mission.
(5515 views)