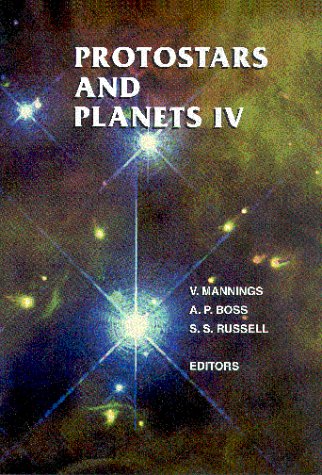 Description:
The book describes the very rapidly growing area of star-and-planet formation and evolution. The text covers everything from astrophysics to planetary science, spanning the parsec-sized molecular clouds down to the formation of microscopic inclusions in meteorites in the early solar system. It is most useful for researchers, graduate students, and some undergraduate students.

Images of the Solar Upper Atmosphere From SUMER on SOHO
by Uri Feldman, at al. - ESA Publications Division
Investigations of the heating of the corona and the acceleration of the solar wind are two of the prime scientific goals in studying the solar upper atmosphere with the Solar and Heliospheric Observatory (SOHO) of ESA and NASA.
(8263 views)

The Fundamentals of Stellar Astrophysics
by George W. Collins, II - W H Freeman & Co
The book on stellar astrophysics for the first year graduates or the advanced undergraduate students. It is assumed that the readers have factual knowledge of stars and astronomy. The text describes the axiomatic theory of stellar structure.
(13477 views)

An Introduction to the Theory of Rotating Relativistic Stars
by Eric Gourgoulhon - arXiv
These notes introduce the theory of rotating stars in general relativity. The focus is on the theoretical foundations, with a detailed discussion of the spacetime symmetries, the choice of coordinates and the derivation of the equations of structure.
(8396 views)