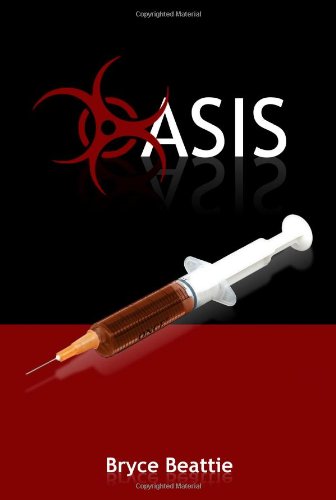 Description:
Terrorists have unleashed a devastating and bizarre virus in a small desert town. Something has knocked out the power grid. The government has quarantined the city, but is not sending aid, and nobody can understand why. Oasis is the story of one man’s struggle against the chaos that blankets the city.

Blood Is Heavier
by Ella Medler
Nick Hunter used to be a contract killer. Shadows from his past step forward to shatter his short-lived peace and destroy his family. His wife is dead, his four-year old son kidnapped and it looks like someone is trying to frame him for murder ...
(6754 views)

Field Walking
by John Bishop - Smashwords
When a hit man crashes his car on the way to assassinate the Reverend Max Kingsley, a team of undercover police is sent to the country town of Arajinna to protect him and his wife. But Lenny d'Aratzio, who ordered the hit, is not about to give up...
(6773 views)

Sharing Her Crime
by May Agnes Fleming - G. W. Carleton & Co.
Another of Fleming's convoluted romances, full of dark murders, evil plots, dire prophecies and exaggerated characters. The novel centers on the tempestuous Gipsy Gower, who runs roughshod over the inhabitants of the village of St. Mark's.
(6724 views)