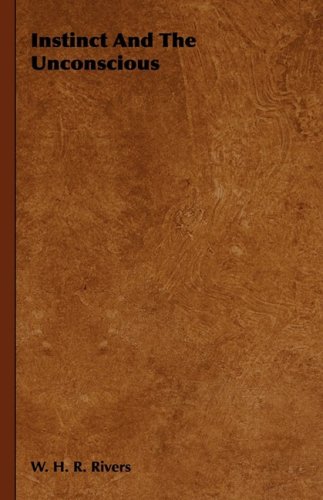 Instinct And The Unconscious
by William H. R. Rivers

Description:
This book was originally published in 1920. The general aim of the book is to put into a biological setting the system of psycho-therapy which came to be generally adopted in Great Britain in the treatment of the psycho-neuroses of war.

Elements of Social Psychology
by William Flexner - Sarup & Sons
There is a difference in the behaviour of an individual when he behaves individually and when he behaves in a group or in a social setting. Social psychology tries to understand individuals and groups and how they behave in specific situations.
(9981 views)

The Psychology of Cyberspace
by John Suler - Rider University
This hypertext book explores the psychological aspects of environments created by computers and online networks. It presents an evolving conceptual framework for understanding how people react to and behave within cyberspace.
(10778 views)

Evolutionary Theory: Fringe or Central to Psychological Science
by Danielle Sulikowski (ed.) - Frontiers Media SA
Evolutionary psychology, the application of evolutionary theory to understanding human behaviour and cognition, has recently gained momentum. Evolutionary Psychology is often viewed as a topic of research within the broader field of Psychology.
(2703 views)