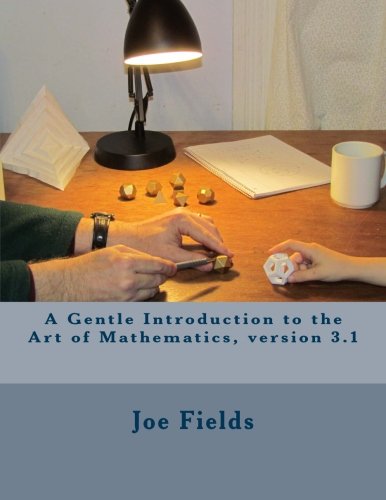 A Gentle Introduction to the Art of Mathematics
by Joseph Fields

An Inquiry-Based Introduction to Proofs
by Jim Hefferon - Saint Michael's College
Introduction to Proofs is a Free undergraduate text. It is inquiry-based, sometimes called the Moore method or the discovery method. It consists of a sequence of exercises, statements for students to prove, along with a few definitions and remarks.
(7761 views)

Proof in Mathematics: An Introduction
by James Franklin, Albert Daoud - Kew Books
This is a small (98 page) textbook designed to teach mathematics and computer science students the basics of how to read and construct proofs. The book takes a straightforward, no nonsense approach to explaining the core technique of mathematics.
(7406 views)