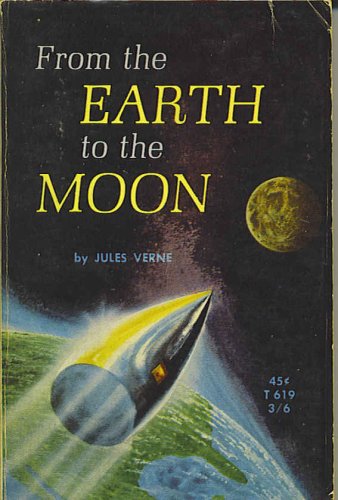 From the Earth to the Moon
by Jules Verne

Description:
Written almost a century before the daring flights of the astronauts (first published in 1865), Jules Verne's prophetic novel of man's race to the stars is a classic adventure tale enlivened by broad satire and scientific acumen.

A Princess of Mars
by Edgar Rice Burroughs - Grosset & Dunlap
This is a wonderful scientific romance, early science fiction melded with an epic dose of romantic adventure. A Princess of Mars is the adventure of John Carter, a Civil War veteran who unexpectedly find himself transplanted to the planet Mars.
(5993 views)

Atlantida
by Pierre Benoit - ManyBooks
This French novel of 'Atlantis in the Sahara' made a huge splash when it was published. The exotic Saharan setting, the stories of desert survival, the overpowering allure of the last Queen of Atlantis, make a memorable, if a bit pulpy, read.
(4254 views)

The True History
by Lucian of Samosata
Lucian of Samosata was a Greek satirist of Assyrian extraction, and True History is perhaps his most well-known tale. In this tale, the protagonist visits the Moon, meets extraterrestrial creatures, and takes part in interplanetary warfare.
(4294 views)