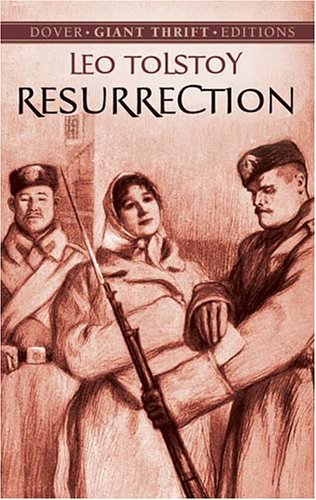 Description:
Resurrection, the last of Tolstoy's major novels, tells the story of a nobleman's attempt to redeem himself for the suffering his youthful philandering caused a peasant girl. Tolstoy's vision of redemption achieved through loving forgiveness, and his condemnation of violence dominate the novel. An intimate, psychological tale of guilt, anger, and forgiveness, Resurrection is at the same time a panoramic description of social life in Russia at the end of the nineteenth century, reflecting Tolstoy's outrage at the social injustices of the world in which he lived.

Don Quixote
by Miguel De Cervantes - eBooks@Adelaide
The story of Don Quixote de la Mancha, a country gentleman who has read so many stories of chivalry that he descends into fantasy and becomes convinced he is a knight-errant. Together with his squire Sancho Panza he sets out in search of adventure.
(12922 views)

Rudin
by Ivan Turgenev - eBooks@Adelaide
Tells the story of a superfluous man, weak of will, brimming with indecisive frustration, and yet tormented by ideals. Rudin is made impotent by the dissonance of honoring the older generations while at the same time embracing a new bold epoch.
(6604 views)

Ecstasy: A Study of Happiness
by Louis Couperus - Dodd, Mead and Company
This delicate story is Louis Couperus' third novel. At the time when it was written, the author was a leading member of the 'sensitivist' school of Dutch novelists; and the reader will discover that the story possesses an elusive charm of its own.
(6857 views)

The Trial
by Franz Kafka
The terrifying tale of Joseph K, who is arrested and must defend his innocence against a charge about which he can get no information. A nightmare vision of the excesses of modern bureaucracy wedded to the mad agendas of totalitarian regimes.
(4719 views)