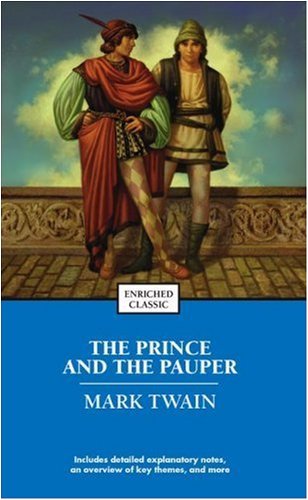 The Prince and the Pauper
by Mark Twain

Description:
With its mixing of high adventure, raucous comedy, and scathing social criticism, presented in a hilarious faux-sixteenth-century vernacular that only Mark Twain could fashion, The Prince and the Pauper remains one of this incomparable humorist's most popular and oft-dramatized tales.

Muggles' Guide to Harry Potter
- Wikibooks
This is a guidebook to the Harry Potter series. Critical commentary on each chapter, character, place, and event is provided in an effort to help the reader better understand detailed content and see connections to the greater storyline.
(11862 views)

In Open Sea
by Ivan Parvov - BubuTales.com
When Bubu finds a bottle in the sea with a call for help inside it is clear for everyone - a new adventure awaits. And this time he is not alone - his friends Oskar and Rico are coming with him. What lies ahead? Fearful sharks... a powerful storm...
(11000 views)

The Wind in the Willows
by Kenneth Grahame - C. Scribner's Sons
Once told as a series of stories to authors's young son, The Wind in the Willows is one of the best-loved children's stories ever. Toad, Rat, Mole, and Badger are going to find yet another audience of young readers and their parents.
(18347 views)

Treasure Island
by Robert Louis Stevenson - Harper & Brothers
The most popular pirate story ever written, Treasure Island has been happily devoured by several generations of boys and girls. Jim Hawkins finds himself owner of a map to Treasure Island, where the fabled pirate booty is buried.
(15417 views)