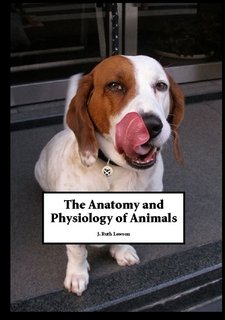 Anatomy and Physiology of Animals
by J. Ruth Lawson

Description:
Veterinary nurses need to have a firm grasp of the normal structure of an animal's body and how it functions before they can understand the effect diseases and injuries have and the best ways to treat them. This book describes the structure of the animal body and the way in which it works. Animals encountered in normal veterinary practice are used as examples where possible.

Poisonous Snakes of Texas and First Aid Treatment of Their Bites
by John E. Werler - Texas Parks and Wildlife Department
This Bulletin has been prepared in response to many requests from hunters, ranchers, telephone construction personnel, Boy Scouts and others who spend much time outdoors, for a concise and illustrated guide to the poisonous snakes of Texas.
(3708 views)

Elephant Seals: Population Ecology, Behavior, and Physiology
by B. J. Le Beouf , R. M. Laws - University of California Press
This discussion of elephant seals brings together worldwide expertise from scientists who describe recent research, the history and status of various populations, and other findings obtained with the help of modern instruments.
(8183 views)

Gliding Mammals: Taxonomy of Living and Extinct Species
by S.M Jackson, R.W. Thorington, Jr. - Smithsonian Institution Scholarly Press
There are 64 species of extant gliding mammals that are recognized, which are divided into six different families. These comprise eight species of gliding marsupials that live within Australasia and include six species of lesser gliding possums ...
(5265 views)

Poisonous Dwellers of the Desert
by Natt Noyes Dodge - Southwestern Monuments Association
Some of the creatures living in deserts are known to be poisonous to man. The purpose of this book is to discuss the various poisonous dwellers of the desert, as well as to debunk some of the superstitions and misunderstandings which have developed.
(3348 views)