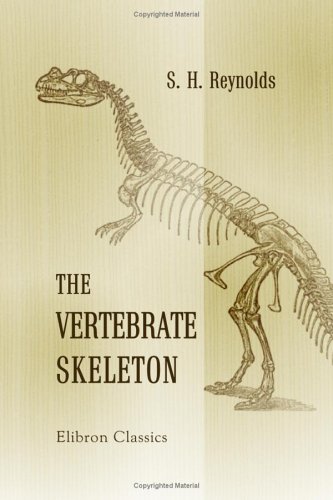 Description:
The plan adopted in the treatment of each group has been to give first an account of the general skeletal characters of the group in question and of its several subdivisions; secondly to describe in detail the skeleton of one or more selected types; and thirdly to treat the skeleton as developed in the group organ by organ.

Mammals of the Southwest Mountains and Mesas
by George Joyce Olin - Southwest Parks and Monuments Association
This book describes mammals of the Southwest which live in the life zones above the low desert. The book is divided into hoofed animals, rodents, and carnivores. Includes finely executed black-and-white drawings and distribution maps.
(6685 views)

Whale Primer
by Theodore J. Walker - Cabrillo Historical Association
The book provides a brief introduction to one of nature's most interesting creations, the whale. The principal star of the handbook is the California gray whale which in recent years has become a major tourist attraction in southern California.
(3546 views)

Gliding Mammals: Taxonomy of Living and Extinct Species
by S.M Jackson, R.W. Thorington, Jr. - Smithsonian Institution Scholarly Press
There are 64 species of extant gliding mammals that are recognized, which are divided into six different families. These comprise eight species of gliding marsupials that live within Australasia and include six species of lesser gliding possums ...
(6509 views)