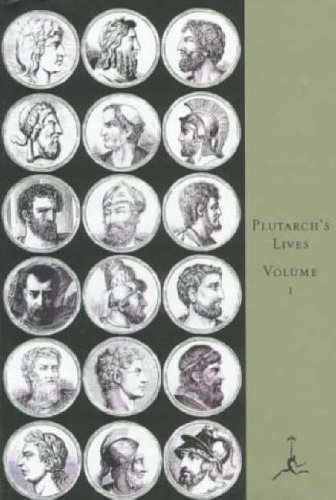 Lives of the Noble Grecians and Romans
by Plutarch

Description:
Plutarch's Lives, written at the beginning of the second century A.D., is a brilliant social history of the ancient world by one of the greatest biographers and moralists of all time. In what is by far his most famous and influential work, Plutarch reveals the character and personality of his subjects and how they led ultimately to tragedy or victory.

The History
by Herodotus - J. M. Dent
Combining his interests and curiosity about the customs and workings of humankind, the 'Father of History' gives us an unforgettable account of the great clash between Greece and the Persian Empire. A matchless study of persons, places, and events.
(13111 views)

Hellenistic History and Culture
by Peter Green - University of California Press
History, like Herakleitos' river, never stands still. This collection of essays shares a collective sense of discovery and a sparking of new ideas -- it is a welcome beginning to the reexploration of a fascinatingly complex age.
(11356 views)

Religion in Hellenistic Athens
by Jon D. Mikalson - University of California Press
Drawing from epigraphical, historical, literary, and archaeological sources, Mikalson traces the religious cults and beliefs of Athenians from the battle of Chaeroneia in 338 B.C. to the devastation of Athens by Sulla in 86 B.C.
(10311 views)

The Story of Alexander's Empire
by John Pentland Mahaffy - Putnam
The story of the conquests of Alexander has been told many times, but the history of the portions of the great Empire that he founded, how they lost their independence, and finally were absorbed into the dominions of Rome, is less well known.
(8286 views)